In 1846, Ulysse Nardin was founded in Le Locle, Switzerland by Ulysse Nardin. Since 1865, Ulysse Nardin has been operating from the same headquarters in Le Locle without any interruptions. Ulysse Nardin was firstly trained under his father, Leonard-Frederic Nardin, in horology, and his skills became perfect under the two famous watch masters, Louis JeanRichard-dit-Bressel and Frederic William Dubois. In 1983, Ulysse Nardin was operated by Rolf Schnyder, a businessman, and Ludwig Oechslin, a watchmaker, and their goal was to produce complication timepieces using modern manufacturing techniques and materials. In 2014, the Kering Group, formerly known as PPR, acquired Ulysse Nardin.

Since Ulysse Nardin’s foundation, it has been creating the most reliable and accurate mechanical watches ever and it has been sought by luxury watch collectors all over the world. It has received 18 gold medals and more than 4,000 other awards for its craftsmanship and technology. Ulysse Nardin is famous for its highly accurate marine chronometers, expressing beautiful design and technical performance. It continues to be a pioneering watch manufacturer in the luxury watch industry, manufacturing the most innovative watches with the finest technology and the high-quality craftsmanship.

“Trilogy of Time” is the first advancement of Ulysse Nardin. The company launched 3 different astrological pieces starting with the announcement of the Astrolabium Galileo Galilei in 1985. Such watch was manufactured to display local and solar time, the orbits and eclipses of the sun and the moon as well as the positions of several major stars. It was announced to be the world’s most functional watch (with 21 distinct functions) by the Guinness Book of Records in 1989. In 1988, two other astronomical watches followed, the Planetarium Copernicus which was named after the stargazing theaters that were called planetariums and also after the astronomer Copernicus, and the Tellurium Johannes Kepler that was launched in 1992 that was named after the Latin word ‘Tellus’ which means Earth, a Tellurian and the astronomer Johannes Kepler. The Cloisonné dial of the Tellurium is considered a unique work of art and to transform a draft sketch on a small metal disc into such unique craftsmanship, 54 processes, 12 baking operations and more than 50 hours of work by skilled craftsmen are required.

This wrist watch represents the greatness of the powerful, ancient, Greek ruler, Alexander the Great, engraving a scene of him on a battle horse facing enemies with their swords drawn on a black background. This model has a 70-hour power reserve and is waterproof (up to 30 meters). Moreover, it has a diamond dial and a sapphire crystal face that make the model look all stylish. It’s also available in 18 karats white gold or rose gold.

Ulysse Nardin broke the traditional mold with such unique, detailed design, featuring exotic animals including a lion, elephant, monkey, and giraffe, against a background of lush flowers and water. It has two dials that have a 3D appearance as well as a platinum case. It’s also waterproof (up to 30 meters). 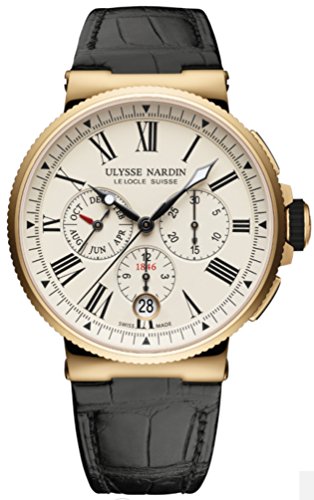 You can buy a Ulysse Nardin starting at around $2,500.

If you are ready to invest more you might have to spend more than $35,000 for your Ulysse Nardin.

Omega history Omega was founded in 1848, operating as the La Generale