Panerai is an Italian luxury watch company, designing, manufacturing, and marketing high-end watches since its foundation. It was founded in 1860 in Florence, Italy by Giovanni Panerai. Panerai’s headquarters are still in Florence while watch manufacturing is in Neuchâtel, Switzerland, using both movements manufactured by ETA S.A and movements manufactured in-house. Guido Panerai, Giovanni’s grandson, expanded the watch company and took over his wife’s mechanical workshop, founding a new company called “G. Panerai e Figlio” which then became an official supplier to the Royal Italian Navy, the Regia Marina, supplying all kinds of precision instruments and technical equipment.

During the World War II, Panerai watches, which were then designed and manufactured by Rolex, played an important role in assisting the Decima Flottiglia MAS’s frogmen in their operations. Panerai delivered around 1600 watches between 1938 and 1970 and most of them were manufactured for the Italian Marina Militare. In addition, in 1956, the GPF 2/56 (Egiziano Grosso) was manufactured for the Egyptian Navy. However, by 1970, Panerai stopped producing watches for the Marina Militare, because they were no more cost-effective and didn’t meet the naval specifications then, and in 1993, Panerai started to produce watches for the civilian market. Nowadays, since 1997, Panerai has been a subsidiary of Compagnie Financière Richemont S.A, which repositioned Panerai as a luxury watch brand.

Since its foundation, Panerai has been producing striking and unique watches. Panerai’s timepieces combine between the Swiss horological expertise and the passion for the sea, featuring the Italian design flair and the art of Swiss watchmaking. Panerai’s watches won the trust of luxury watch collectors as they are durable and of high quality.

Sylvester Stallone, Hollywood actor, said “When I saw the watch I immediately felt that it had star power” after he had bought a Panerai Luminor in a jewelry store in Rome. And because of such admiration, Stallone requested for a special edition, “Submersible”, to wear during the shooting of the Daylight movie. It’s known that he was wearing many Panerai watches in his movies and that he loves to gift his friends and associates Panerai watches. Panerai also released a limited edition with his signature on the case back, calling it “Slytech”. Moreover, actors who were spotted wearing a Panerai include Dwayne Johnson, Chris Pratt, and Jason Statham. Robert Iger also regularly wears a Panerai.

Most popular Panerai models and collections 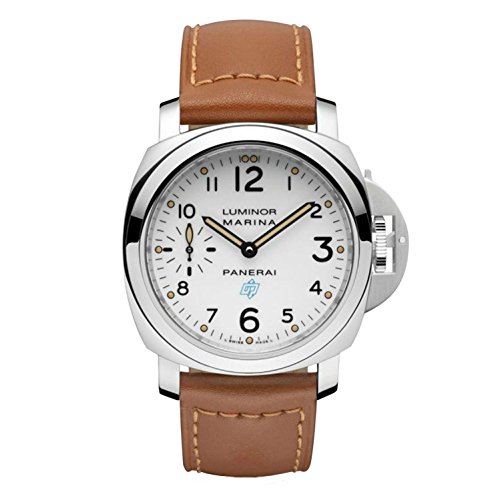 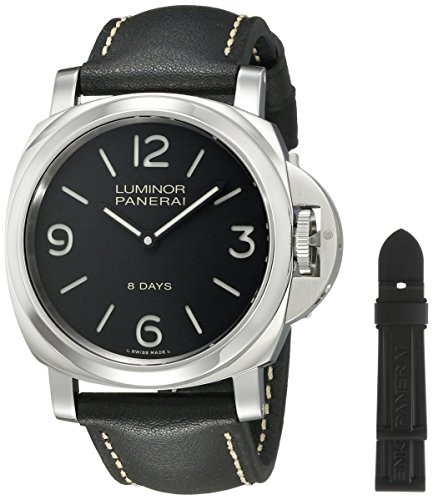 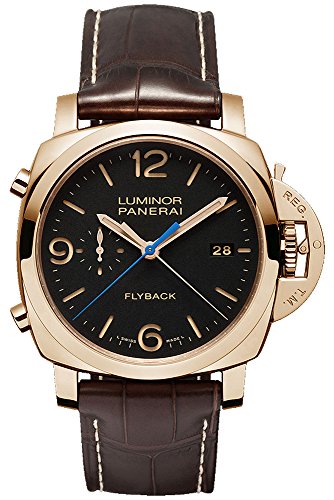 It’s an extra large sized watch with a case diameter of 47 millimeters and thickness of 16 millimeters. It has a manual movement as well as a brown bracelet strap, a brown dial and a tang type clasp. It also features a crown-lock mechanism that is fully protected tourbillon, a second-time-zone, and an anti-glare sapphire crystal. In addition, this watch has 31 jewels and luminescent hands. Its power reserve is up to six days and it’s waterproof (up to 100 meters).

The company only made a few dozens of this model. The movement of this watch is made by Rolex while the case is designed and made by Panerai. Such watch was only available as military-issue. The name of the model came from, Kampfschwimmers, the combat swimmers in the German Kriegsmarine to whom such timepieces were issued. This model comes also with a compass and a Trittico depth gauge at the time.

You can get Panerai watch starting from around $4,000.

[wpsm_toplist] Breitling history In 1884, Breitling was founded by Léon Breitling in